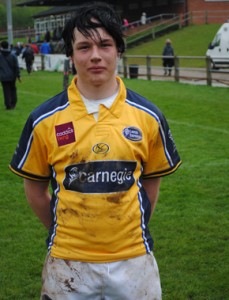 "Joining the Leeds Carnegie Junior Development squad for weekly coaching and gym training Luke also began working with Steve and Jake from Conditioned Training reflecting his increased commitment. Supervising his conditioning sessions the Trainers from Conditioned Training have provided bespoke, intense and quality sessions that combined the needs of Leeds Carnegie and also progressed Luke's more specific needs. Following matches against Newcastle Falcons, Sale Sharks, Northampton Saints, Leicester Tigers and Worcester Warriors in May 2012, Luke has been working hard over the off and pre-season with Steve and Jake, to prepare him for the new season.The importance of physical conditioning, in preparation for such high level rugby, is of the highest importance and, the support provided by Conditioned Training to get Luke ready for the coming season has been significant. Let's see what Christmas brings."Andy Gair – Apex SLM Director